Meanwhile, On the Other Side of the Pond....

Although there's often a lot of baby-name overlap in English-speaking countries, there's often quite a bit of differences, too. Here're some baby names popular in Europe, that are comparatively uncommon (but still usable, IMO) in the US:

Posted by Shanamah at 4:27 PM No comments:

Random Fact of the Day:

Old English had a separate letter for the 'th' sound, called thorn. It looked like a modern capital 'Y'.
So on an 'old-timey' sign, like "Ye Old Shoppe", the word 'ye' is pronounced just like our modern word 'the'. :)
Posted by Shanamah at 2:56 PM No comments: Links to this post

Actually, It's Traditionally Spelled with a K.

K is a fairly uncommon letter in the English language. Because it's uncommon, it draws the eye and is becoming more and more popular in names. So, if you like the letter 'K', but cringe at the thought of trend-ifying a traditional 'C' name, here's some names that are "supposed to be" spelled with a 'K'.


Unisex:
Posted by Shanamah at 10:29 PM No comments: Links to this post

Once upon a time, the British Isles had several languages, all descended from Celtic.
If you think of a language tree like a family tree, Celtic was the grandmother (her sisters were Latin and ancient Greek); Celtic's "daughters" were Gaelic & Brythonic, who each had a few "daughters" of their own. When the Anglo-Saxons and other peoples repeatedly migrated to Britain, the Celtic languages were phased out, quite forcibly in some cases; and English, the descendant of Anglo-Saxon, became the primary language. While two Gaelic "daughter" languages--Irish & Scottish--survived to modern times fairly well, two Brythonic languages--Welsh & Breton--were quickly dying, and several languages had been lost. 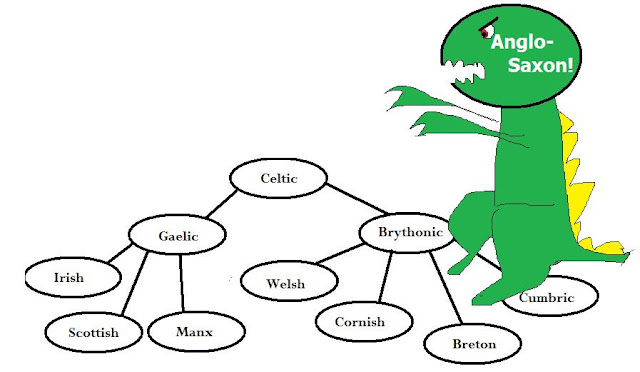 Over the past decade, there have been movements to preserve and celebrate the history of the British Isles, and part of that is preserving and reviving the pre-invasion languages. Part of that is using original names from those languages, and inventing new ones! If you claim some British blood, or just love the idea of being part of a revival, one of these names may be for you.

Posted by Shanamah at 6:20 PM 2 comments: Links to this post

Archaic is the New Vintage

It's safe to say that vintage names are on the rise. From Isabella to Oliver, your grandparents & great-grandparents likely share their names with toddlers all across the country. Many people think it's great; others can't stop picturing little old ladies. If Stella & Leo aren't your thing, perhaps we should go further back.

Every year, the SSA releases a list of the 1000 most popular baby names. A full list of all baby names given to at least 5 babies is available for download, and alternate spellings are not combined (i.e. Mikayla, Michaela, Makayla, and McKayla are all counted as separate names even though they all sound the same!).
Revised rankings with all variant spellings combined are available on several different forums, blogs, and websites, so I decided to do a different sort of analysis, since I'm more interested in pattern, similarities, and other bits of minutia.


'K's, 'y's, and other 'cool' letters have been big hits in naming for quite a while now. Why are they so "cool"? Probably because they're so infrequent in English that they draw our eyes and stick in our heads. However, they're starting to get fairly common in names now, so those who cringe at the sight of Kaitlyn, Kamryn, and Kayden have hope that perhaps they'll lose their appeal. The numbers:
The 6 least common consonants (k, j, v, q, x, z) are the first letter in approximately 2.2% of English words. However, they begin 20% of American girls' names, and 22% of boys' names.
The least common vowel, 'y', is present in only 2% of English words. It appears in 17% of American boys' names, and a whopping 32% of girls names.
Posted by Shanamah at 7:05 PM No comments: Links to this post

My Particular Version of English